Here is a list of our various "Game in Games".

5-A-Side Bubble Football is our flagship game consisting of 10 players in total playing a game of 5-A-side football inside our giant specially designed zorbs. Don't forget to bring a few subs as it can get pretty tough going! 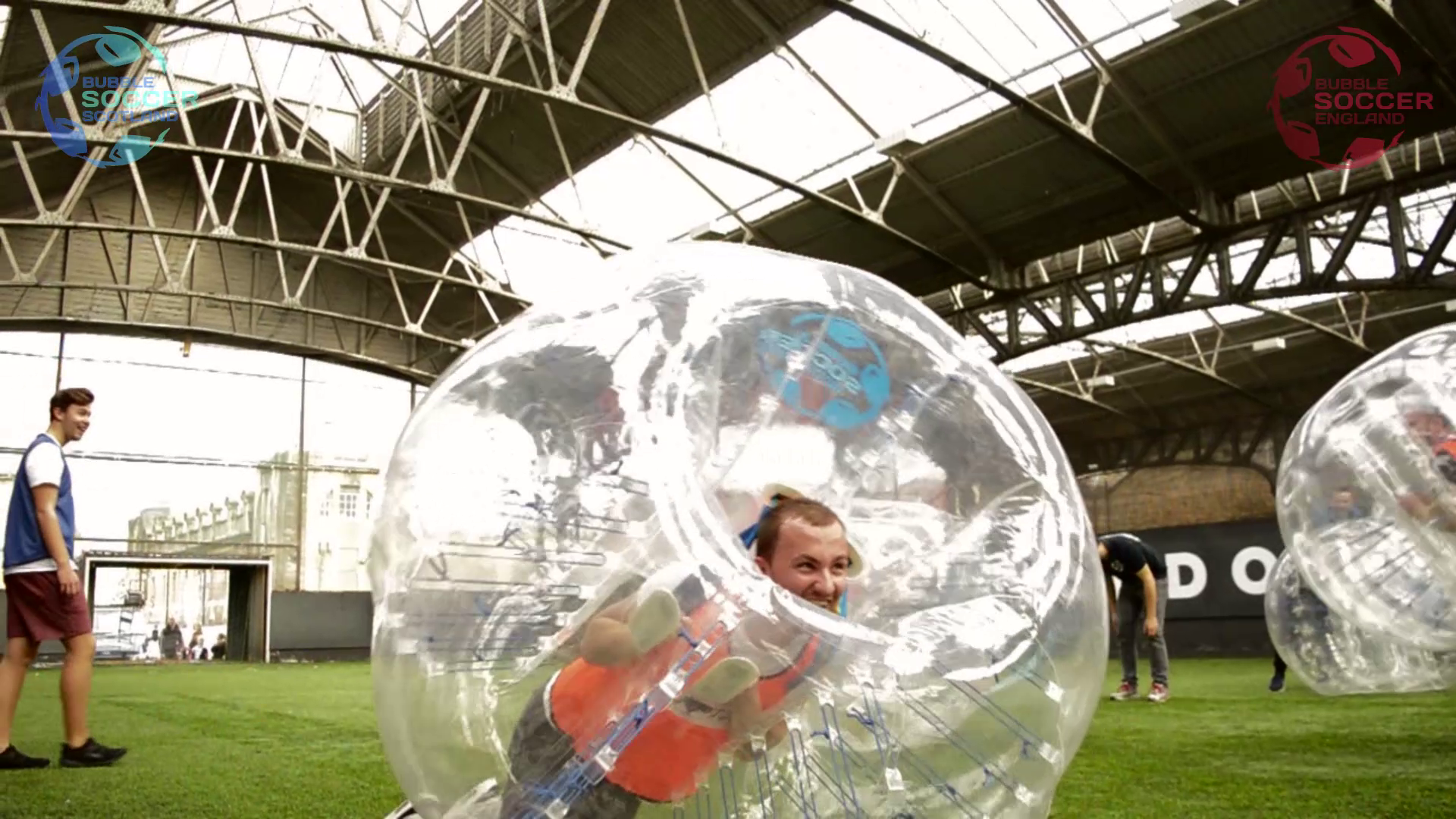 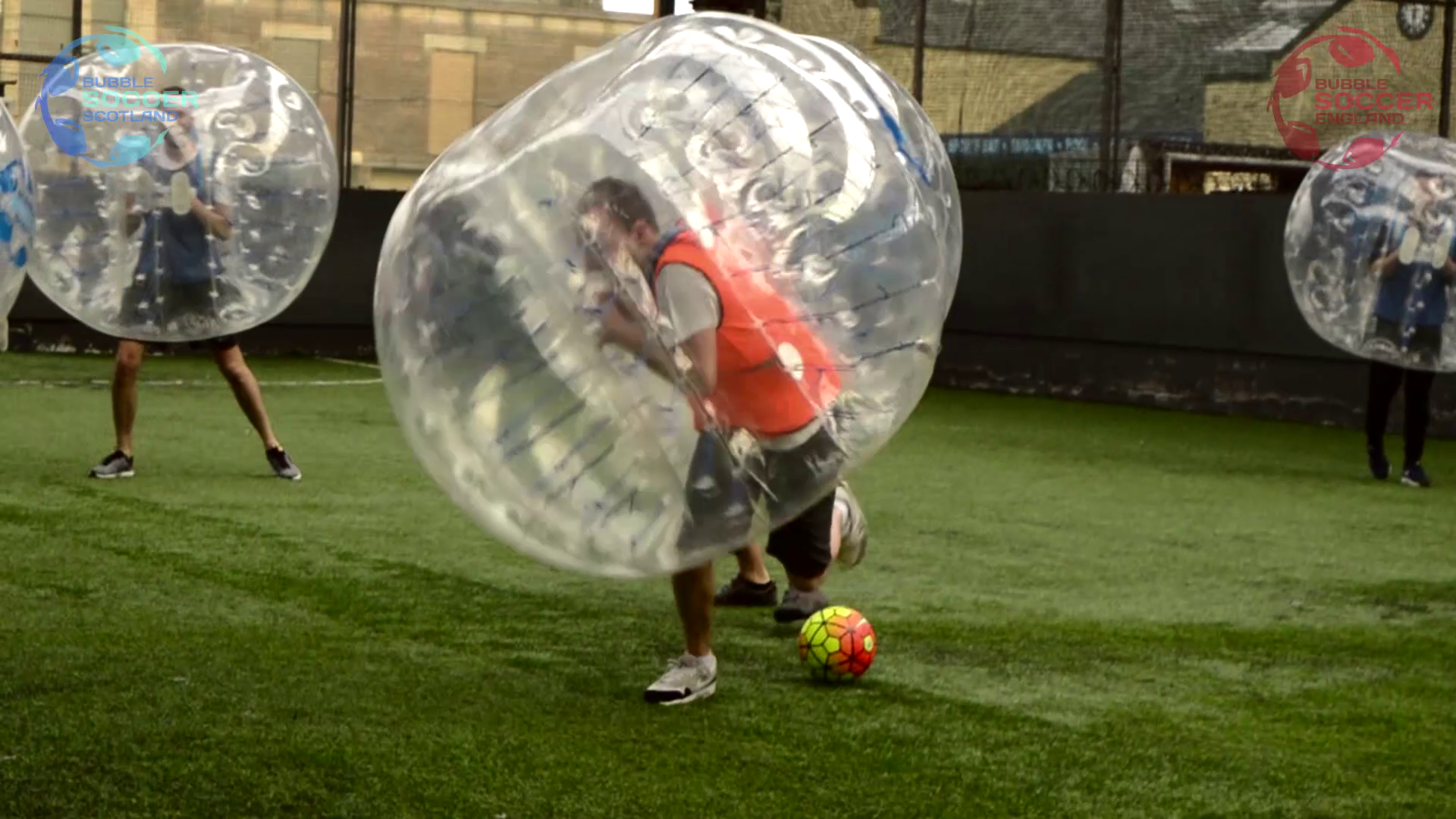 Bubble Bull-Dog consists of 10 players in total, with one of them (The Bulldog) standing in the centre of the pitch. The aim of the game is for all remaining players to run from one end of the pitch to the other without being knocked over by the Bulldog. If you are knocked down then you join the Bulldog, so on and so forth. Last player standing wins. 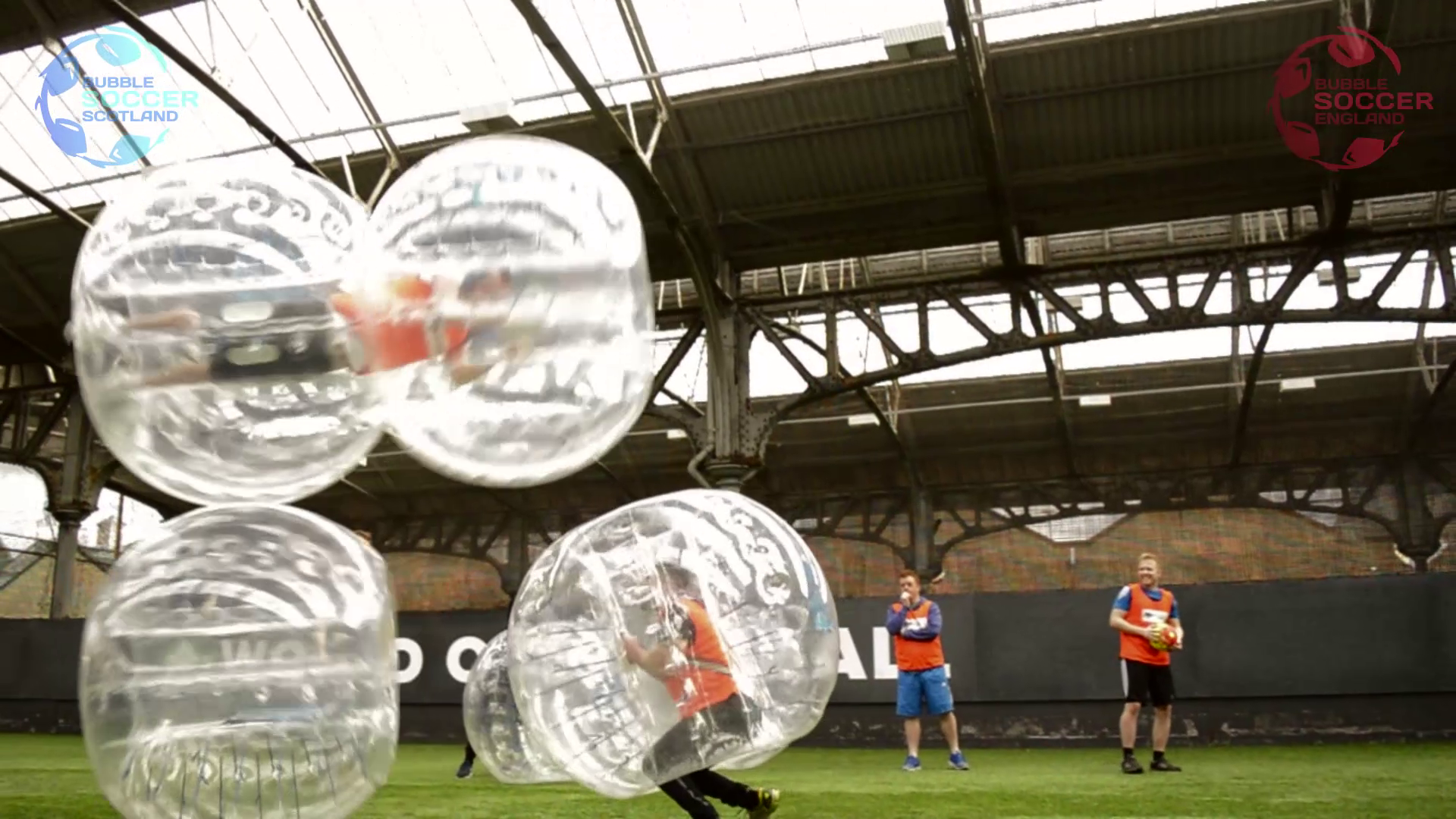 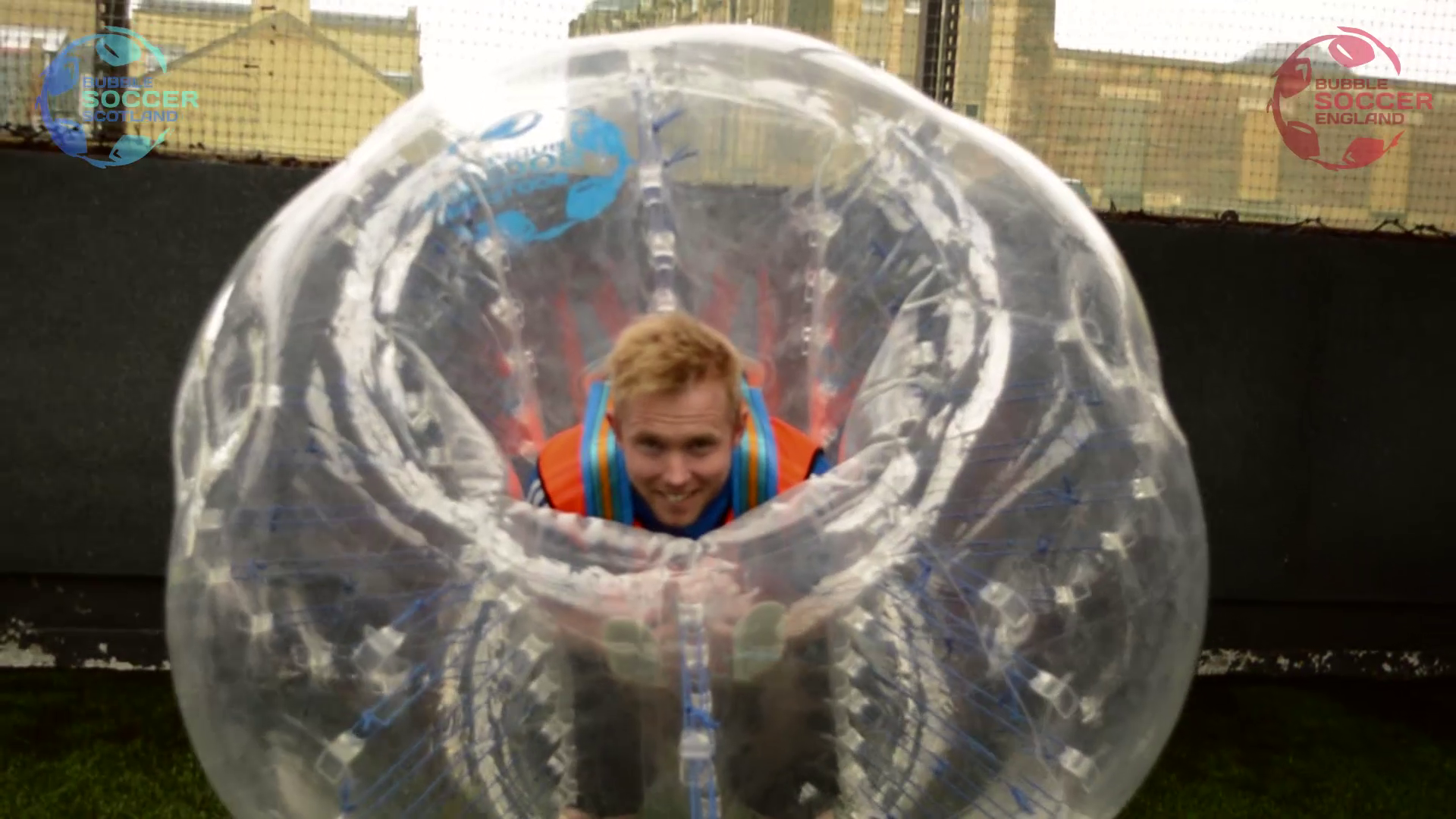 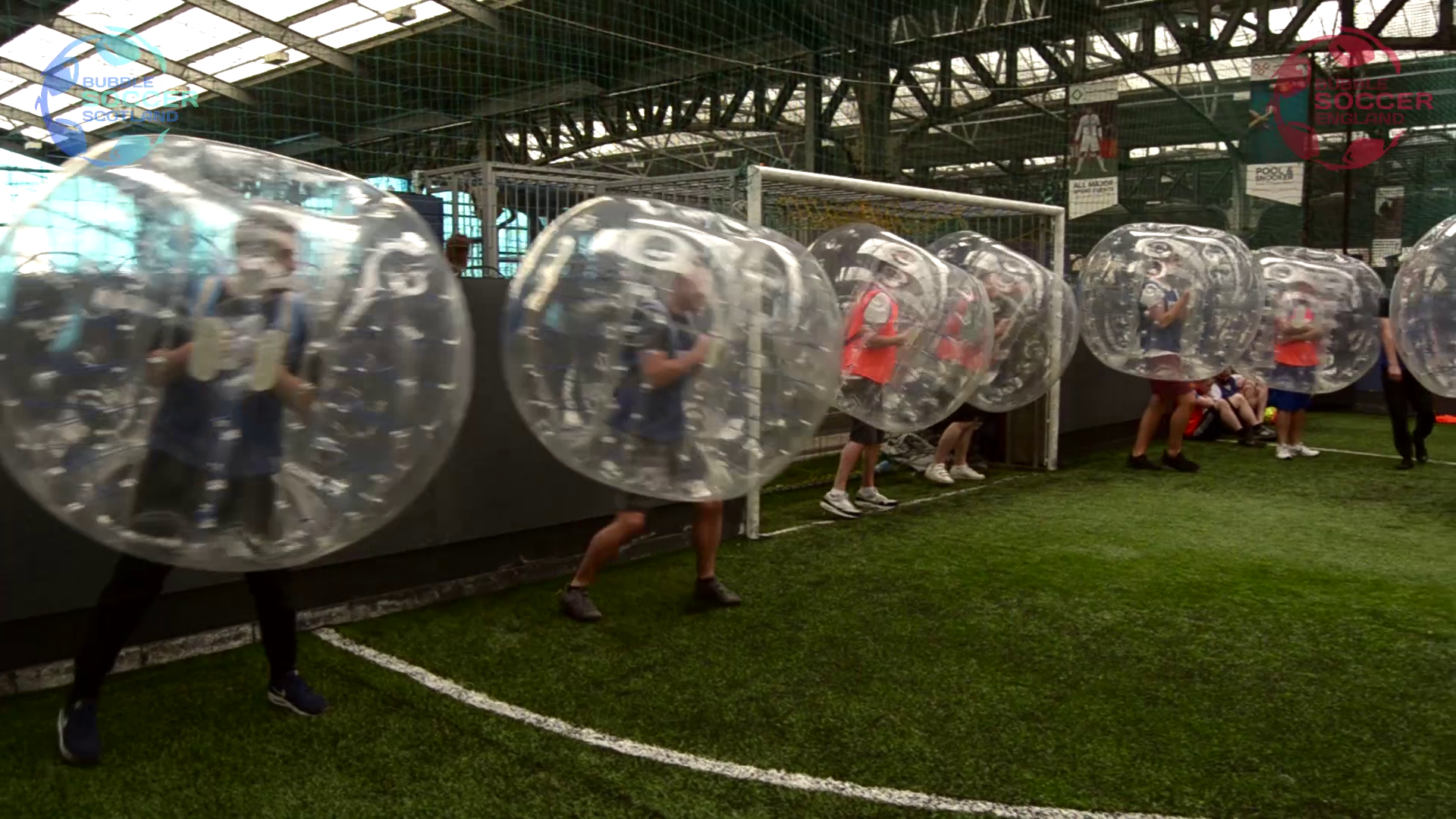 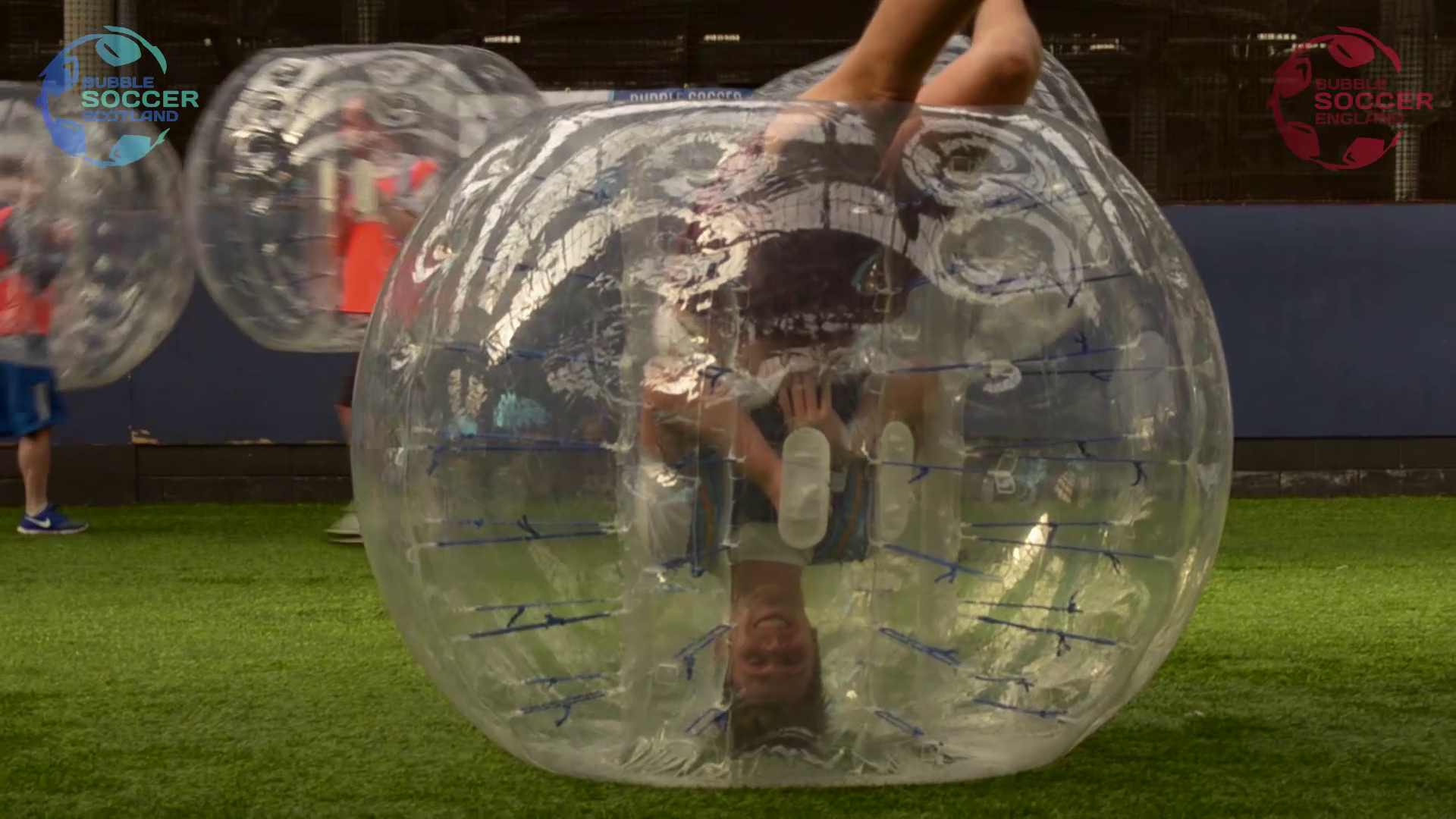 1 versus 1 Knockout consists of splitting the team into pairs and competing against each other! Each player starts from opposite ends of the pitch with the football being placed in the centre spot. The object of the game is for the first person to score a goal in the opposing teams net...but first both players must run towards each other and collide before touching the football. 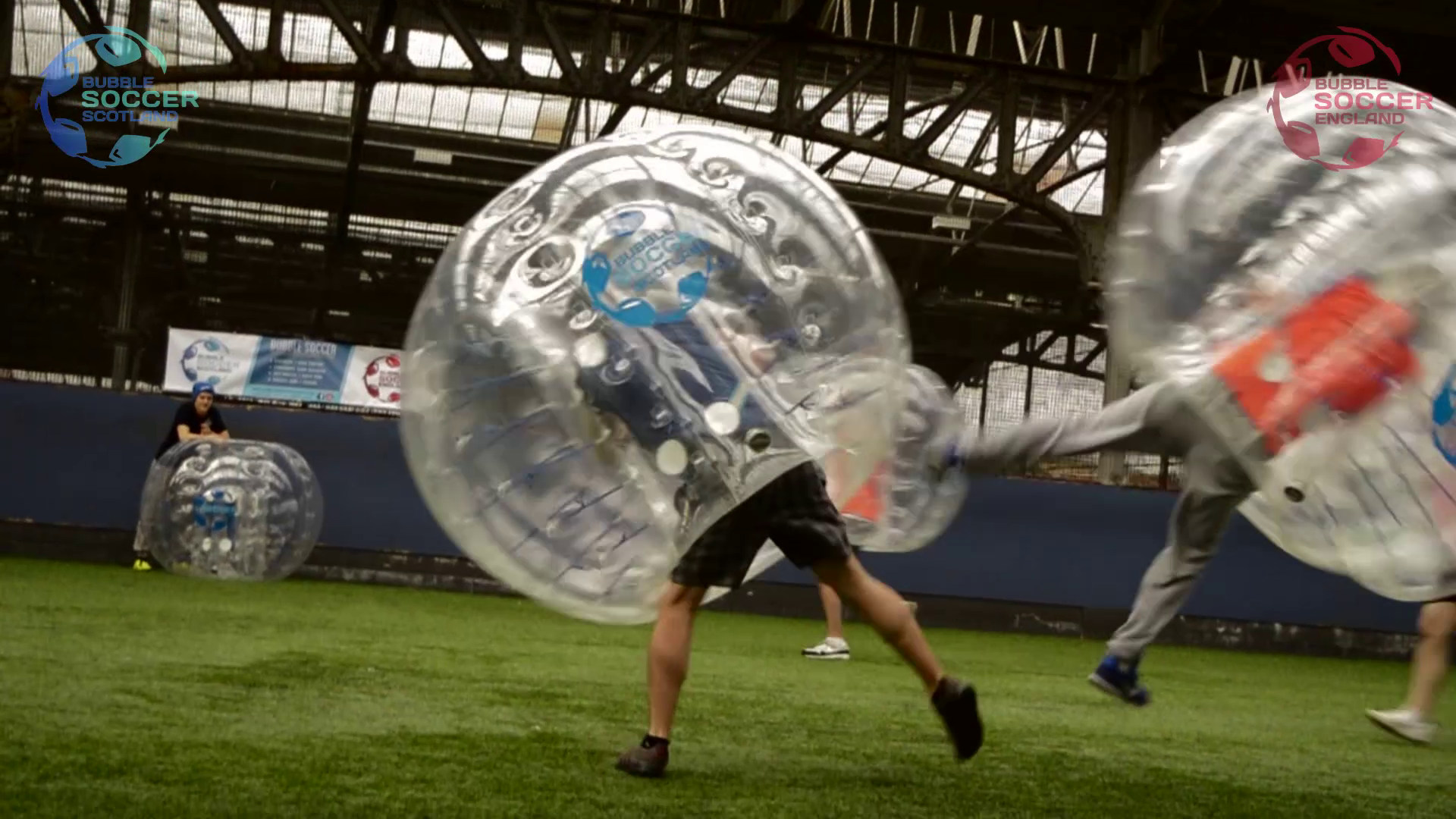 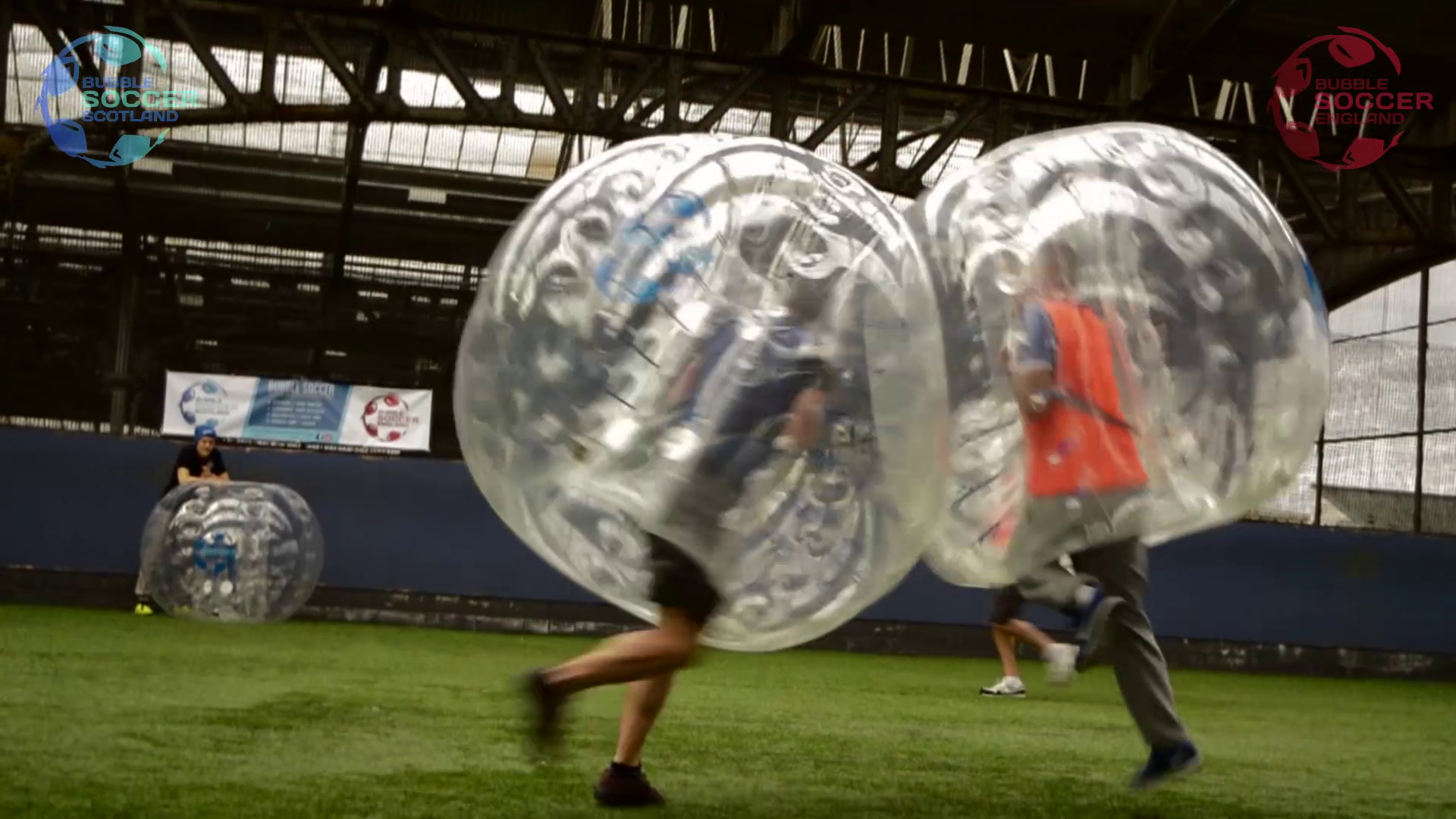 Last Player Standing consists of all players forming a huge circle in the middle of the pitch whilst in their zorbs. When the event coordinator instructs, all players run to the centre of the circle causing bubble mayhem! If you're knocked down, you're out, the last player still standing wins. 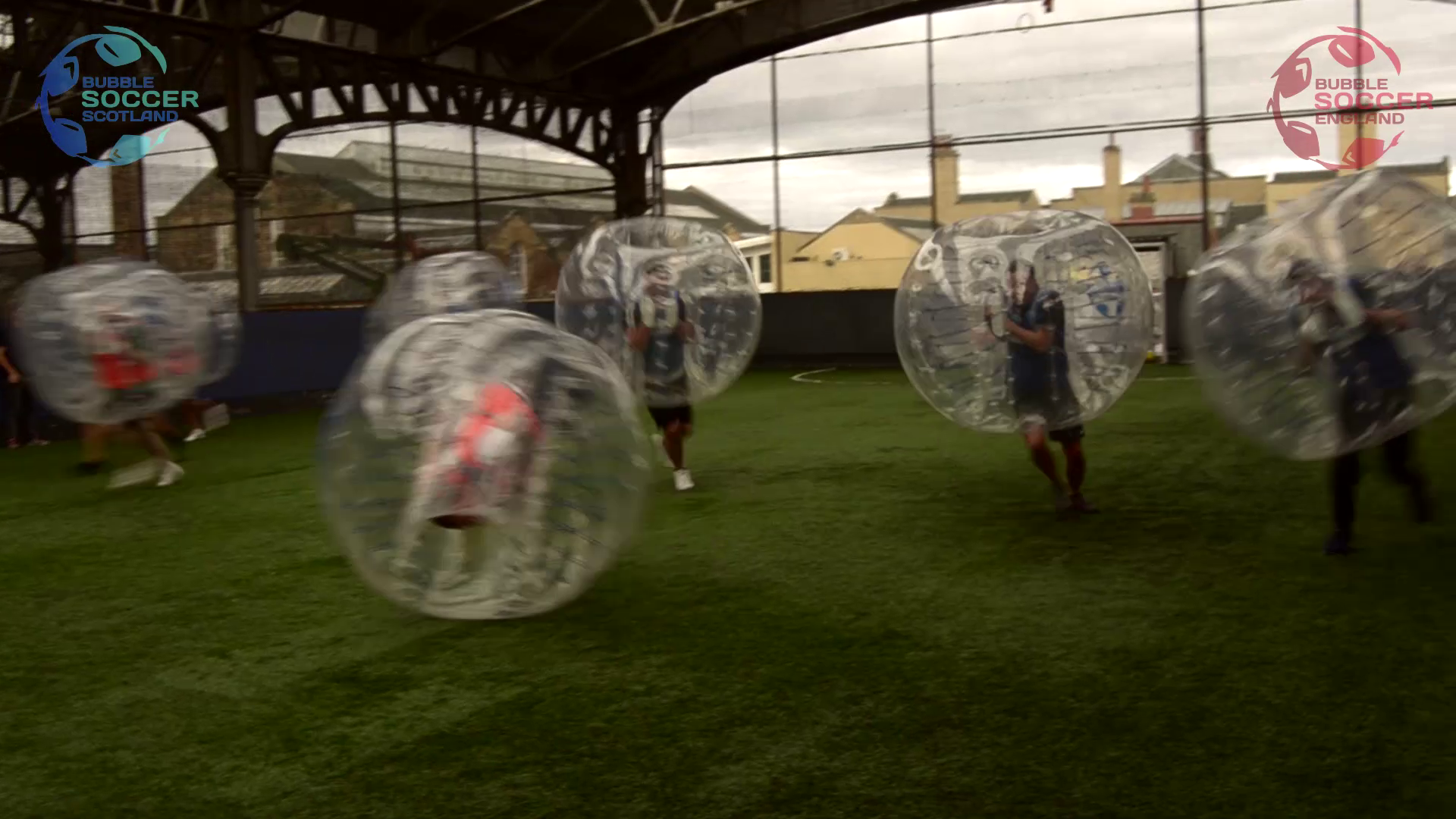 I'm sure your imagination can figure this one out! 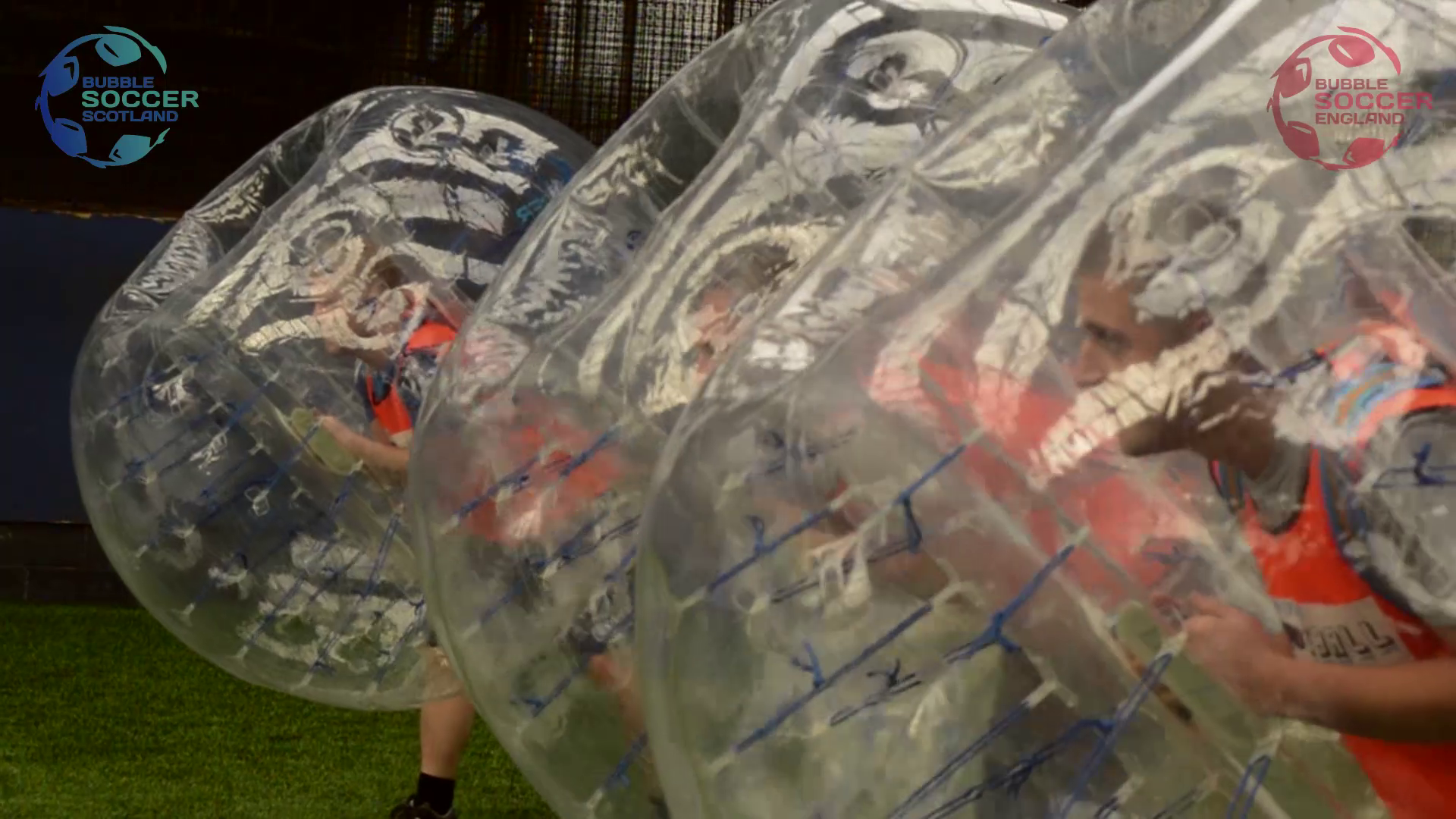 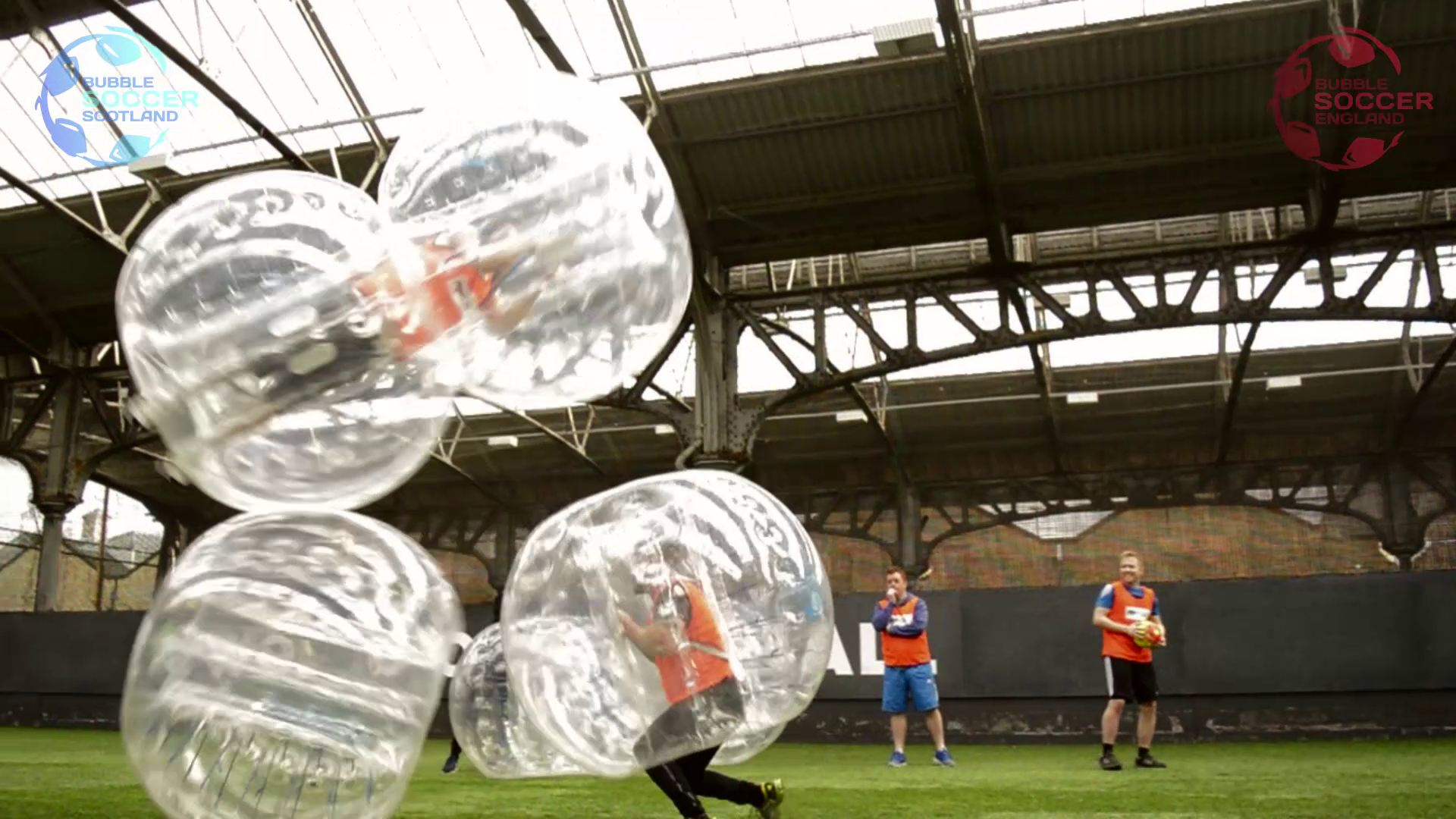 All our Bubble Football events are professionally organised and packed with fun & laughter from start to finish ensuring that your party is one to remember.

If you have any special requests then our event coordinators are there to help on the day.